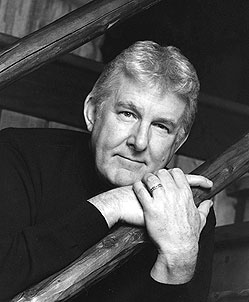 Pianist Bill Mays’ career as a professional musician spans the last 60 years and includes a multitude of musical endeavors. Following four years as a bandsman in the U.S. Navy Bill spent 15 years as a session player in the Hollywood studios. In 1984 he re-located to New York City, firmly es-tablishing himself as an in-demand sideman and leader of his own ensembles. He has worked with jazz legends Benny Golson, Shelly Manne, Red Mitchell, Gerry Mulligan, Bud Shank, Frank Sinatra, Vanguard Jazz Orchestra, Sarah Vaughan, and Phil Woods. His many recordings as a leader (solo, duo, trio and sextet) are well-documented on the Chiaroscuro, Concord, DMP, Palmetto, and Steeplechase record labels.
<br>
A prolific composer and arranger, Mays has written extended suites for bass, flute, woodwind septet, and pieces for big band and orchestra (New York Philharmonic, Carnegie Hall Jazz Band, Tur-tle Creek Chorale, WDR Big Band, U.S. Air Force Airmen Of Note). His latest recordings include Phil & Bill (with saxophonist Phil Woods), Side By Side: Sondheim Duos (with bassist Tommy Cecil), Front Row Seat (solo piano), Bill Mays Trio Live at COTA and Mays Plays Mays. His songs have been used in movies and television: Anamorph, Burn After Reading, Hamlet, Looker, Succession, The Fifth Es-tate and Tribeca. His keyboard work has been heard on hundreds of film soundtracks, among them Fargo, Fur, Godfather 2, Hail, Caesar!, Jaws 2, Julie & Julia, Rocky 2, Superman, The Big Lebowski,The Good Liar.Mays has received rave reviews with the publication of his first book, Stories Of The Road, The Studios, Sidemen & Singers: 55 Years In The Music Biz.
<br>

Born in the Pinar del Río province of Cuba, Steinway Artist, Grammy Nominated, and 2014 Jalc Millennium Swing Award! recipient pianist and composer Elio Villafranca was classically trained in percussion and composition at the Instituto Superior de Arte in Havana, Cuba. Since his arrival in the U.S. in mid 1995, Elio Villafranca is at the forefront of the latest generation of remarkable pianists, composers and bandleaders. 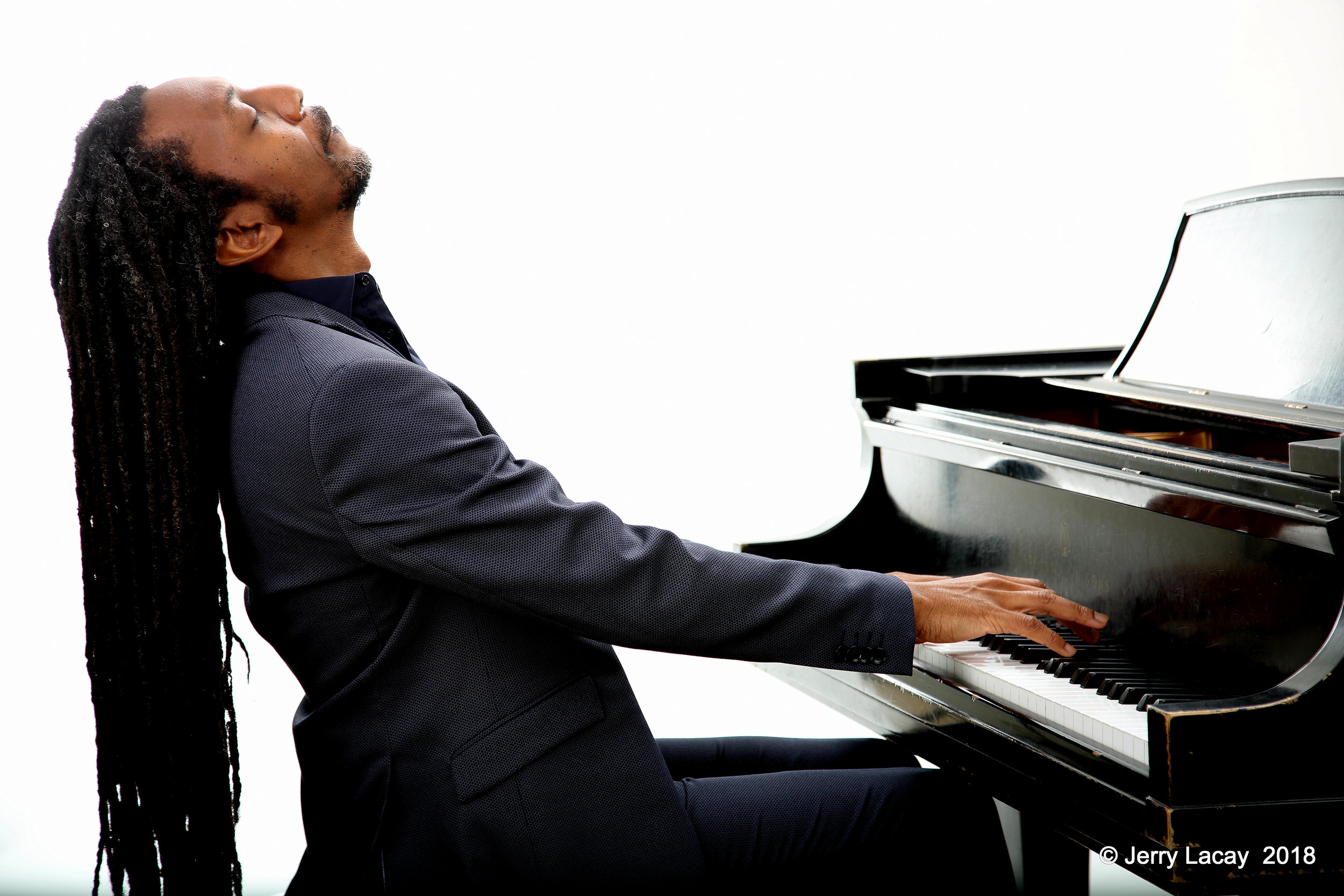 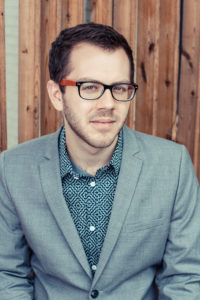 Ever since Addison Frei (“Fry”) began playing piano in local restaurants around Lawrence, Kansas at the age of ten, he has captivated audiences and garnered acclaim far beyond his years.

Frei’s latest album No Defense (TCB Records) was celebrated with solo performances at the Monterey Jazz Festival, Montreux Jazz Festival, Alhambra (Geneva), and Lucerne Piano Festival. His lyrical pianism has made him a favorite accompanist for many vocalists including Leslie Odom Jr., Renée Elise Goldsberry, Janis Siegel and Carol Fredette. Frei’s artistry as a composer and producer is showcased with genre-bending singles “Cornerstone”, “Postcard” and his EP Future Speak featuring Michael Mayo and Tahira Clayton. Frei also produced Clayton’s 2019 release Wait Till Now. Frei’s eclectic musicianship remains on display in the New York scene—he’s equally at home leading jazz groups at Dizzy’s Club and the Kitano or playing synthesizers with his band at National Sawdust and Rockwood Music Hall.

A proud Yamaha Artist, Frei’s previous records include Transit (2016) and Intentions (2014). He also co-leads AMP Trio, contributing compositions to each of their five studio albums. Alongside Tahira Clayton, AMP Trio was selected as winner of the 2017 DC Jazz Prix, and has toured extensively throughout Asia and North America at jazz festivals, clubs and universities.

Frei recently completed his Artist Diploma at the Juilliard School, serving as musical director for this flagship ensemble’s stint at Jazz at Lincoln Center Shanghai. He has won first prize in several competitions including the 2017 Parmigiani Montreux Jazz Piano Solo Competition, the 2016 UNISA International Jazz Piano Competition in Pretoria, South Africa, and the 2015 American Jazz Pianist Competition in Melbourne, Florida. He is presently a member of the Orlando-based Dr Phillips Center Jazz Orchestra where he has performed with artists including Lisa Fischer, Sachal Vasandani and artistic director Rodney Whitaker.

Martin heads the jazz piano department at the University of Miami, teaching jazz piano, improvisation and composition, and continues to perform internationally. He is featured on several recent recordings, including the newly released "Potential Energy", Armando Gola's "Gola Elektrik" and Roy Haynes’s "Roy-alty". 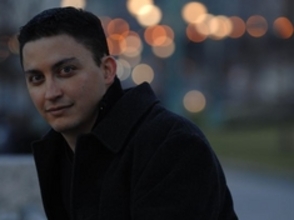 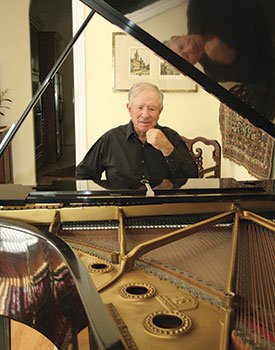 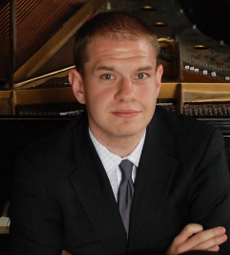 Pianist Jeremy Siskind is the winner of the 2012 Nottingham International Jazz Piano Competition and the second-place winner of the 2011 Montreux Solo Piano Competition. A two-time finalist for the American Pianist Association’s Cole Porter Fellowship, Siskind has performed jazz and classical music at Carnegie Hall, the Kennedy Center, and in Japan, Switzerland, Colombia, Denmark, Thailand, Cyprus, England, Lebanon, India, Tunisia, France, and China. Siskind began serving full-time on the keyboard faculty of Fullerton College in Southern California in 2017 after teaching at Western Michigan University for five years.

Multi-instrumentalist, composer/arranger and producer Richard Drexler, an Illinois native, has been based in Florida since 1985 and is now on the road frequently with the Jeff Berlin Trio and with the Woody Herman Orchestra and trombonist John Allred, among others. He has been working as bassist in the Kenny Drew Jr. trio and regularly appearing as a bassist or pianist/vocalist in the jazz clubs of central Florida. Singers he has accompanied include Mel Torme, Tony Bennett, Frankie Laine, Bob Dorough, Mose Allison, Roseanna Vitro, Vic Damone, Al Jarreau, Connie Francis, Dena DeRose and Karrin Allyson. 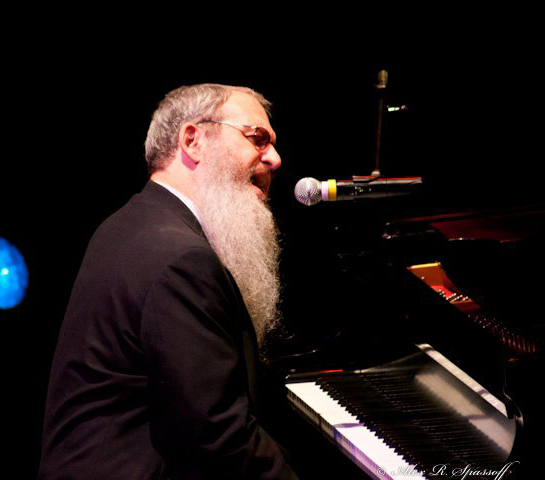 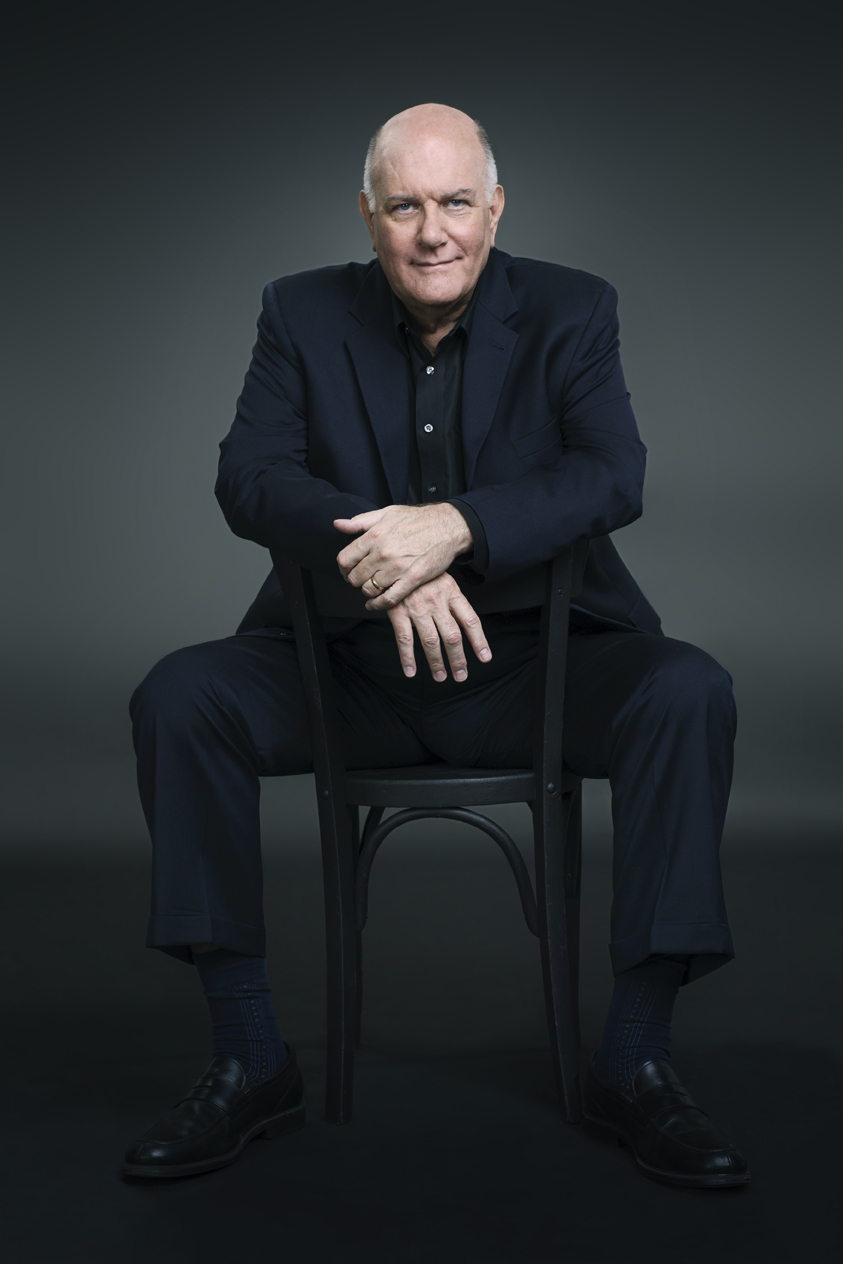 Jim McNeely was born in Chicago, and moved to New York City in 1975. In 1978 he joined the Thad Jones/Mel Lewis Jazz Orchestra. He spent six years as a featured soloist with that band and its successor, Mel Lewis and the Jazz Orchestra (now The Vanguard Jazz Orchestra). 1981 saw the beginning of Jim's 4-year tenure as pianist/composer with the Stan Getz Quartet. From 1990 until 1995 he held the piano chair in the Phil Woods Quintet. At the present time, he leads his own tentet, his own trio, and he appears as soloist at concerts and festivals worldwide.

Kevin has amassed a long list of awards and a reputation as one of the finest jazz pianists performing anywhere. In 1994, less than a decade into jazz, he won the American Pianist Association’s Jazz Piano Competition. In addition to nearly every important jazz venue in the South, he has performed in some of the most acclaimed clubs and festivals in America and around the world: the JVC Jazz Festival in New York, The Bakery in Los Angeles,
The Kennedy Center and Lincoln Center jazz series, the Toronto and Edinburgh jazz festivals, and the Moscow Center for the Performing Arts. 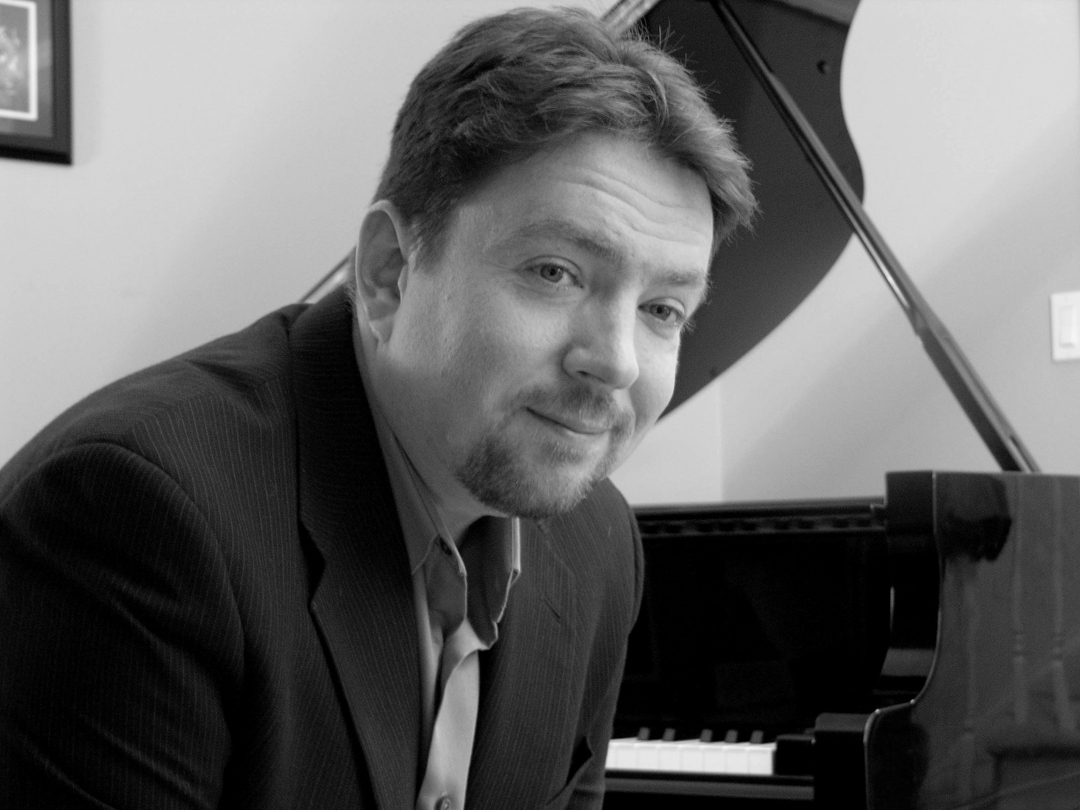 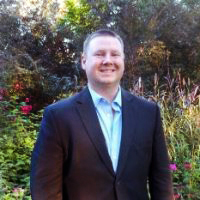 Doug Johnson is a pianist and an educator and is Associate Professor of Piano at Berklee College of Music. Doug is a Licensed Andover Educator (Body Mapping Certification) and a founding member of the Berklee Performance Wellness Institute. M.M from the New England Conservatory. (AJPC Final Judge 2014, AJPC Preliminary Judge 2017) 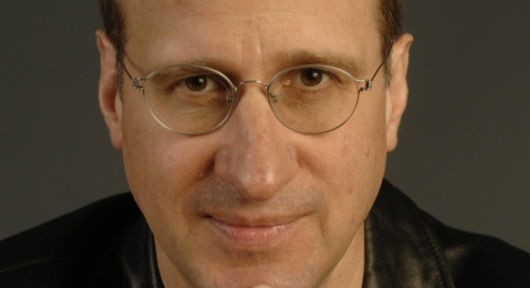 A devoted educator and Yamaha artist, Arriale is currently Professor of Jazz Studies and Director of Small Ensembles at The University of North Florida in Jacksonville. She has served as a faculty member of the Jamey Aebersold Summer Jazz Workshops, the Centrum Port Townsend Jazz Workshop, the Thelonious Monk Institute in Aspen and numerous clinics and workshops worldwide, including the US, UK, Europe, Canada, Brazil and South Africa. 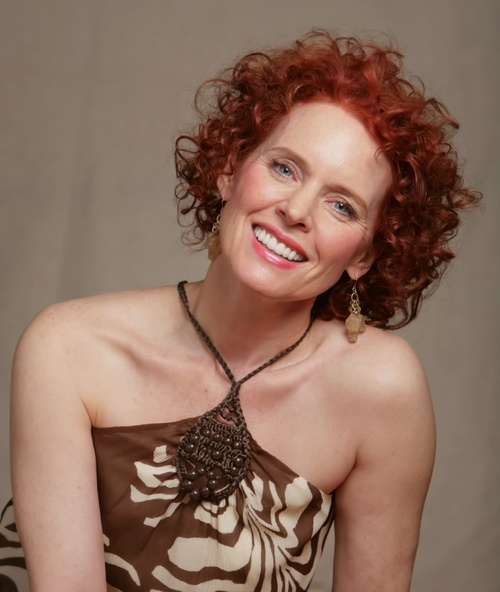 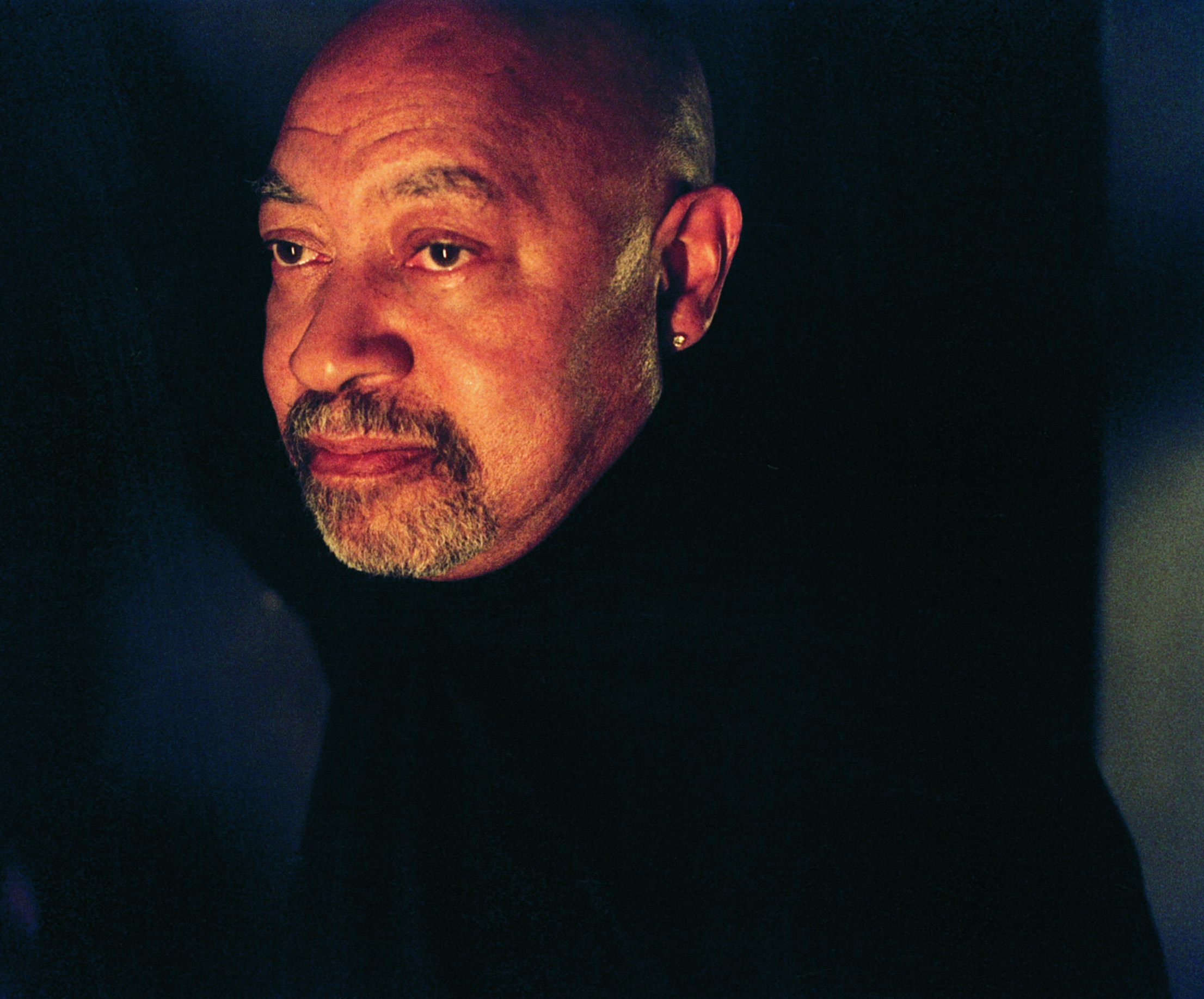 Ten-time Grammy nominee and longstanding Professor of Music at Rutgers University, Kenny Barron has recorded over 40 albums and is an internationally renowned performer. (Final Judge 2015)

Sweden native Per Danielsson is the Assistant Professor of Jazz Piano at The University of Central Florida in Orlando and is an active performer with many international Jazz legends. (AJPC Final Judge 2015) 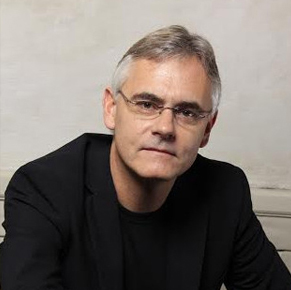 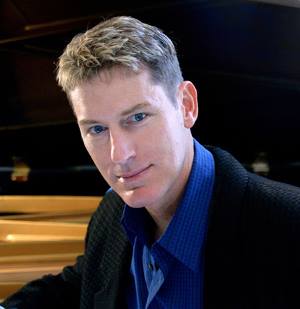 Jazz and studio music performer, Wes Hamrick graduated from the Cincinatti College-Conservatory of Music and is performing at festivals and concerts throughout the country. (AJPC Preliminary Judge 2015)

A Yamaha artist, Simon was named Guggenheim Fellow by the John Simon Guggenheim Memorial Foundation in 2010. Steel House, his latest collaboration, is a trio featuring some of the most prominent players of his generation. (AJPC Final Judge 2014) 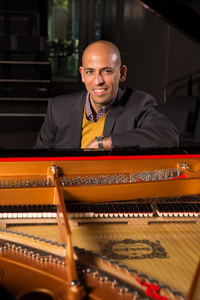 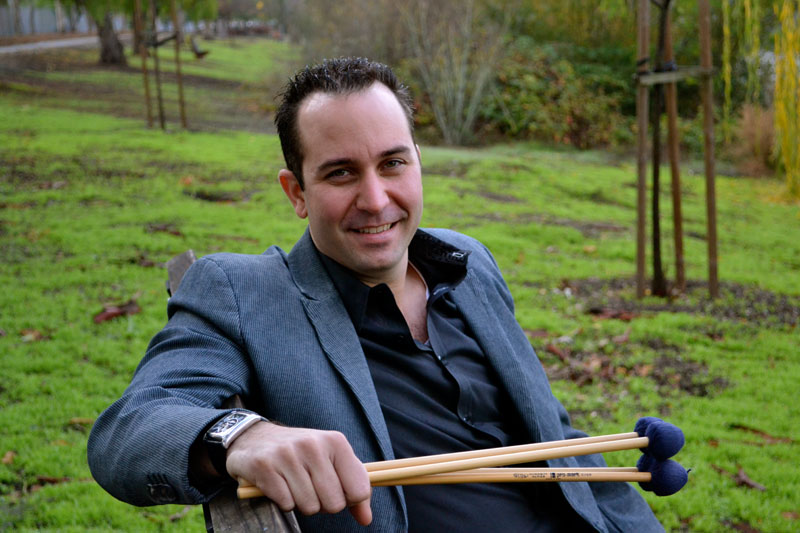